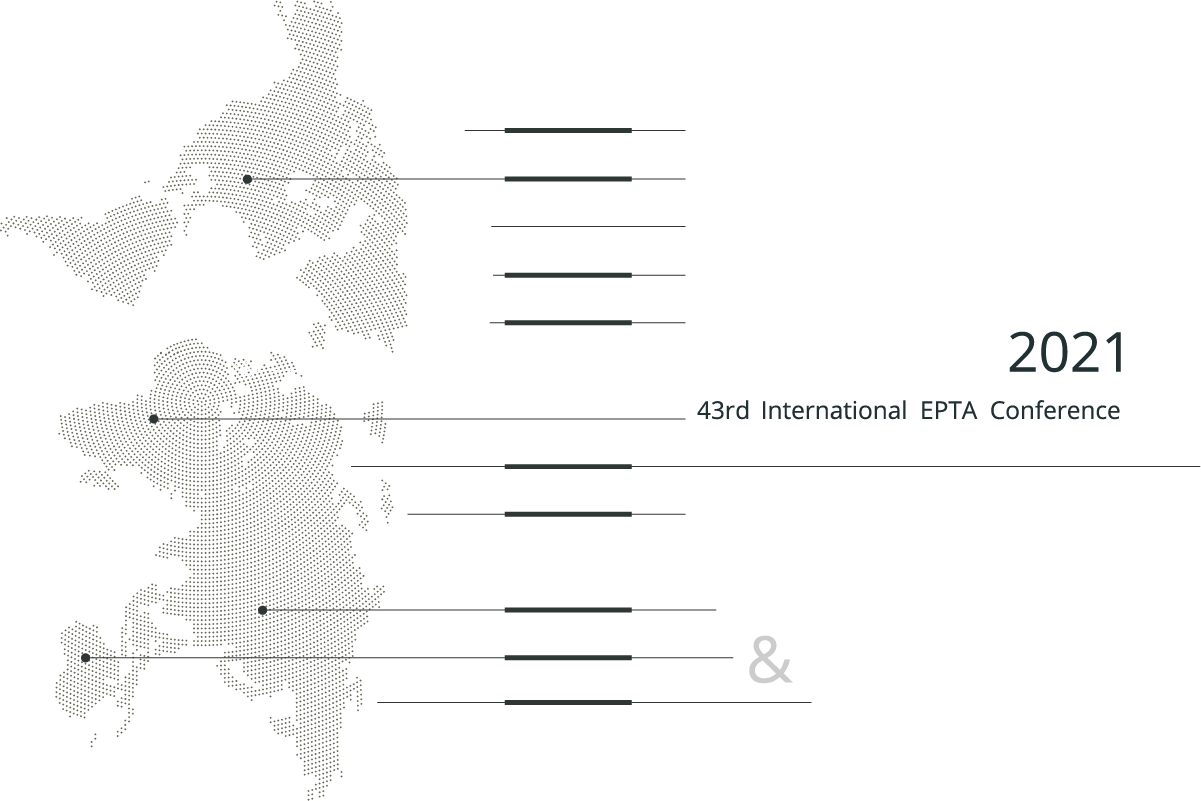 Registration for the 43rd International EPTA Conference will end on August 15, 2021. 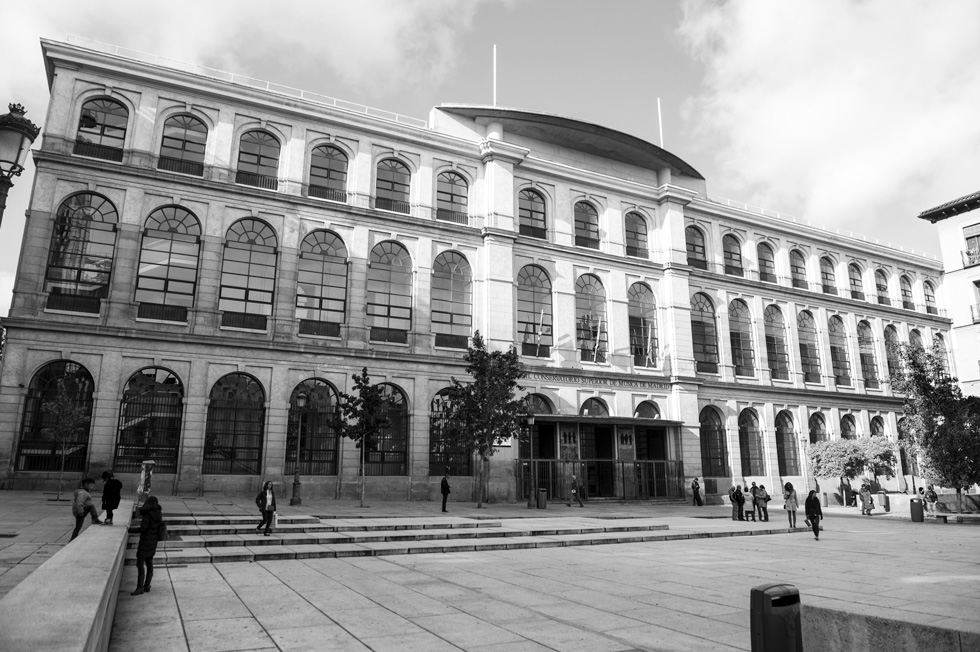 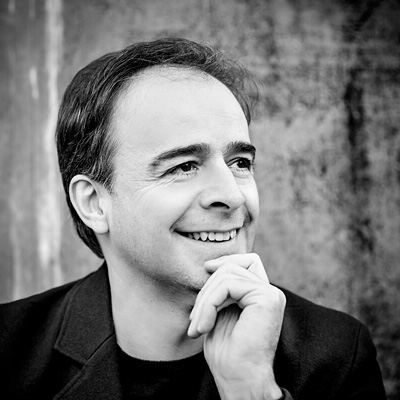 Welcome to the 43rd International EPTA Conference “Connecting Continents and Traditions”. For the first time ever, the Annual EPTA Conference will take place in Spain. We are delighted to host you in Madrid, one the most important cultural cities in Europe and one of the most dynamic and lively cities in the world. We are very excited to finally meet you for a wonderful live conference. Thank you to all who contributed to make it possible. Keep this in mind: Culture in Spain is safe. We wait for you – as in previous conferences – with open arms. Check out the wonderful program… and help us to make the Madrid Conference an unforgettable event.
Looking forward to meeting you all on September 9!
Alberto Urroz | EPTA Europe/Spain President 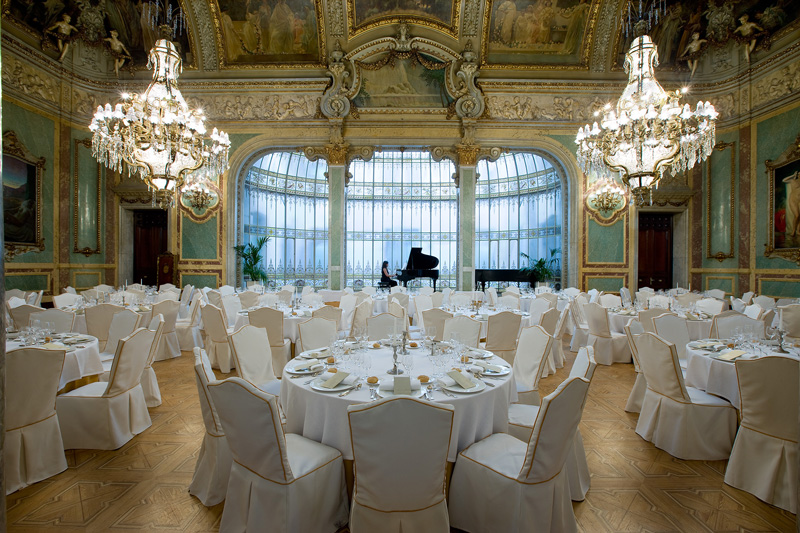 Applications are reviewed as they are received with a final deadline: August 15, 2021 at 23:59PM Spain Time. Early booking registration prices will remain in effect until May 31, 2021 at 11:59pm Spain Time.

All those enrolled will be able to freely access all the conferences at the RCSMM in addition to having access to the virtual conference.

Please, keep your bank transfer receipt  for your records. You will need to add it in order to fill out and send your registration form. 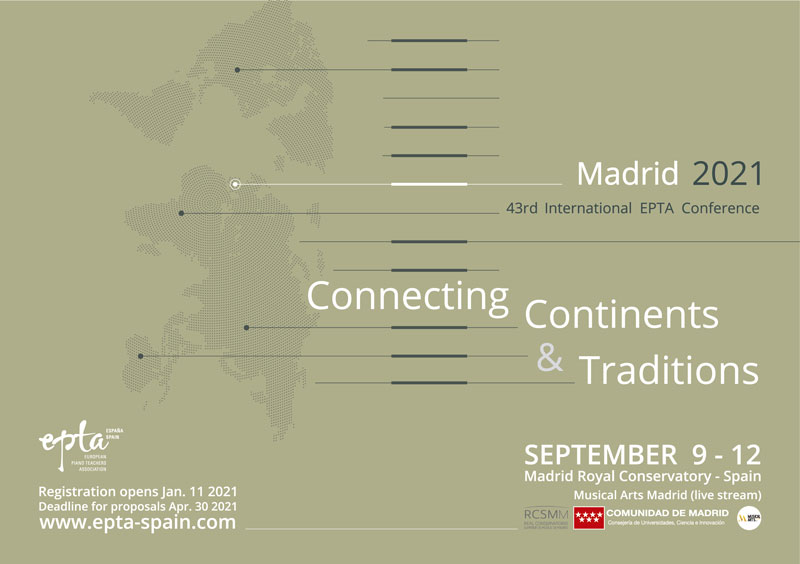 Conference on streaming from Musical Arts Madrid to be announced. 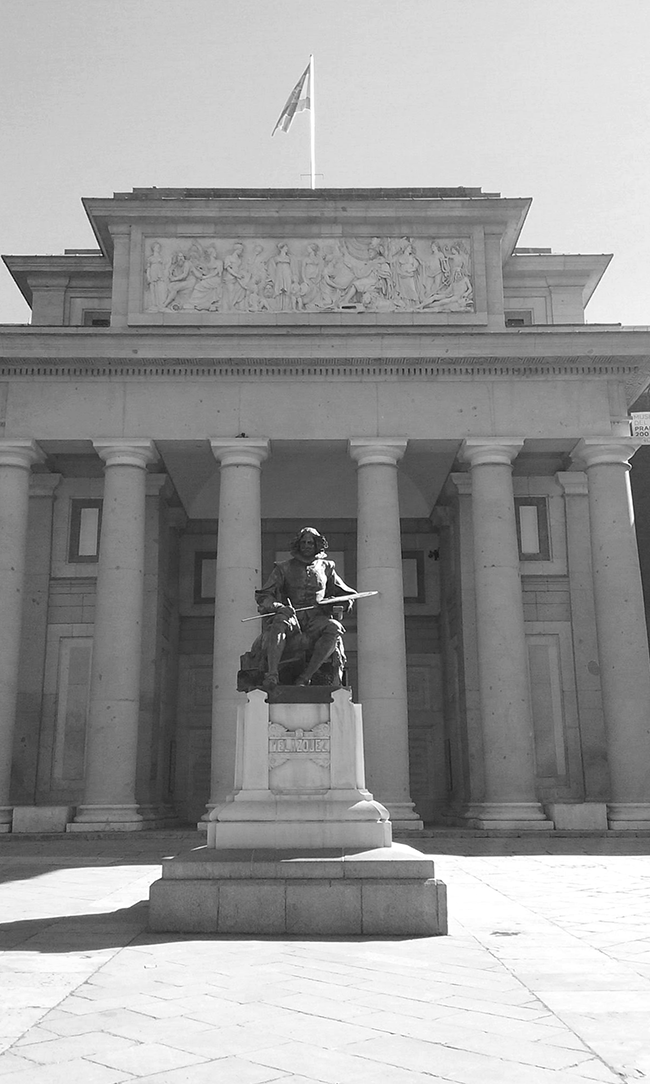 Excursions organized for the conference 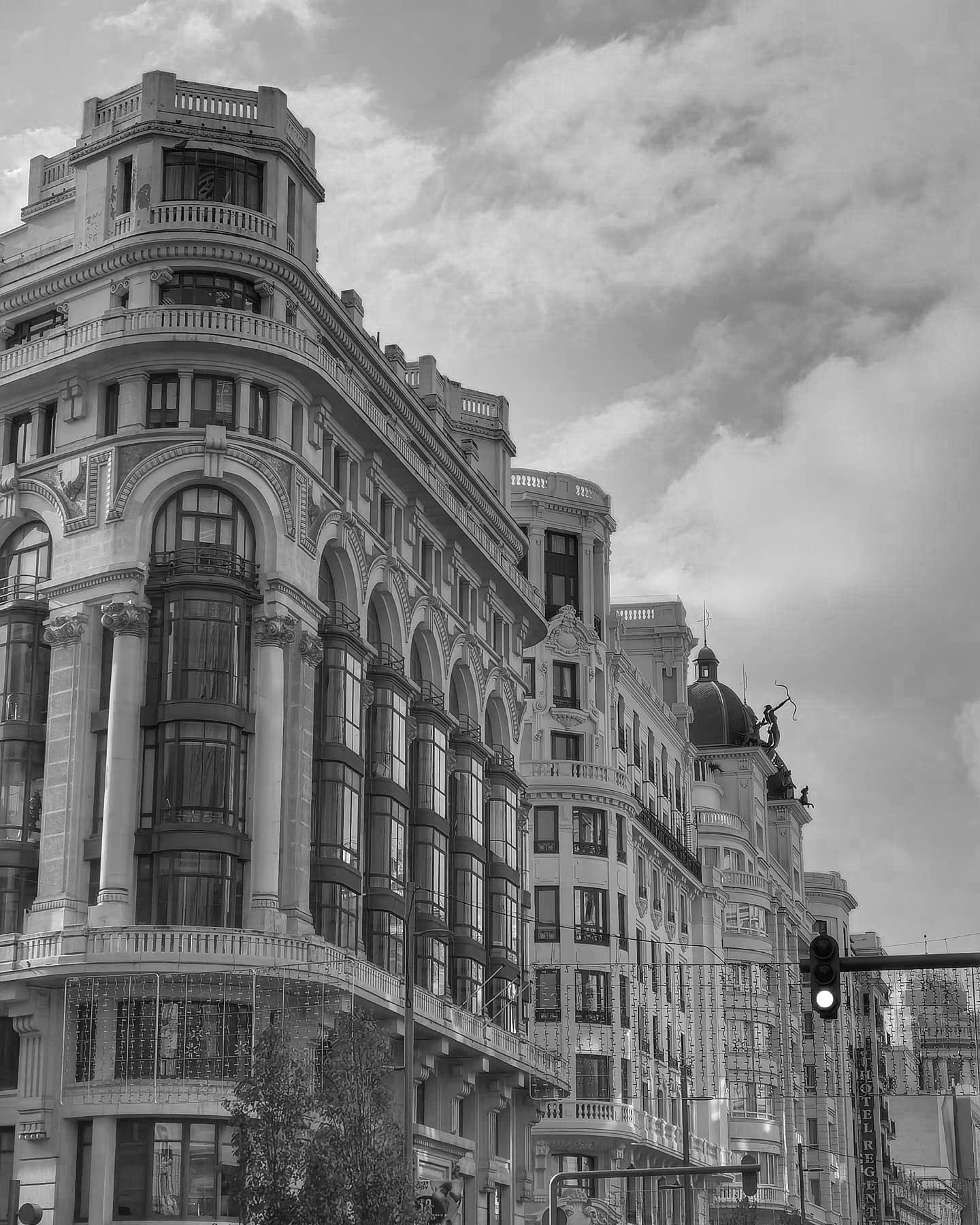 Madrid is a city with endless possibilities for accommodation. The RCSMM is located on the Paseo del Arte, which includes the Prado Museum, the Reina Sofía Museum and the Thyssen Bornemisza Museum in just about 500 meters distance. In addition, this famous boulevard contains the Royal Botanical Garden and is located a few meters away from the beautiful Retiro Park. Other cultural attractions located a few meters away are the National Library, the Caixa-Forum cultural building, the Mapfre Foundation, and the Palacio de Cibeles which are the current headquarters of the Madrid City Council. The Atocha Train Station located in front of the RCSMM makes possible to take a high-speed train (AVE) to any city in Spain.

We suggest booking accommodation on the closest areas to the RCSMM. They vary considerably from one to another. We give you some tips so that you can choose accommodation in the area that is more to your liking (look the meters distance on foot to the Conservatory from the different neighborhoods below). 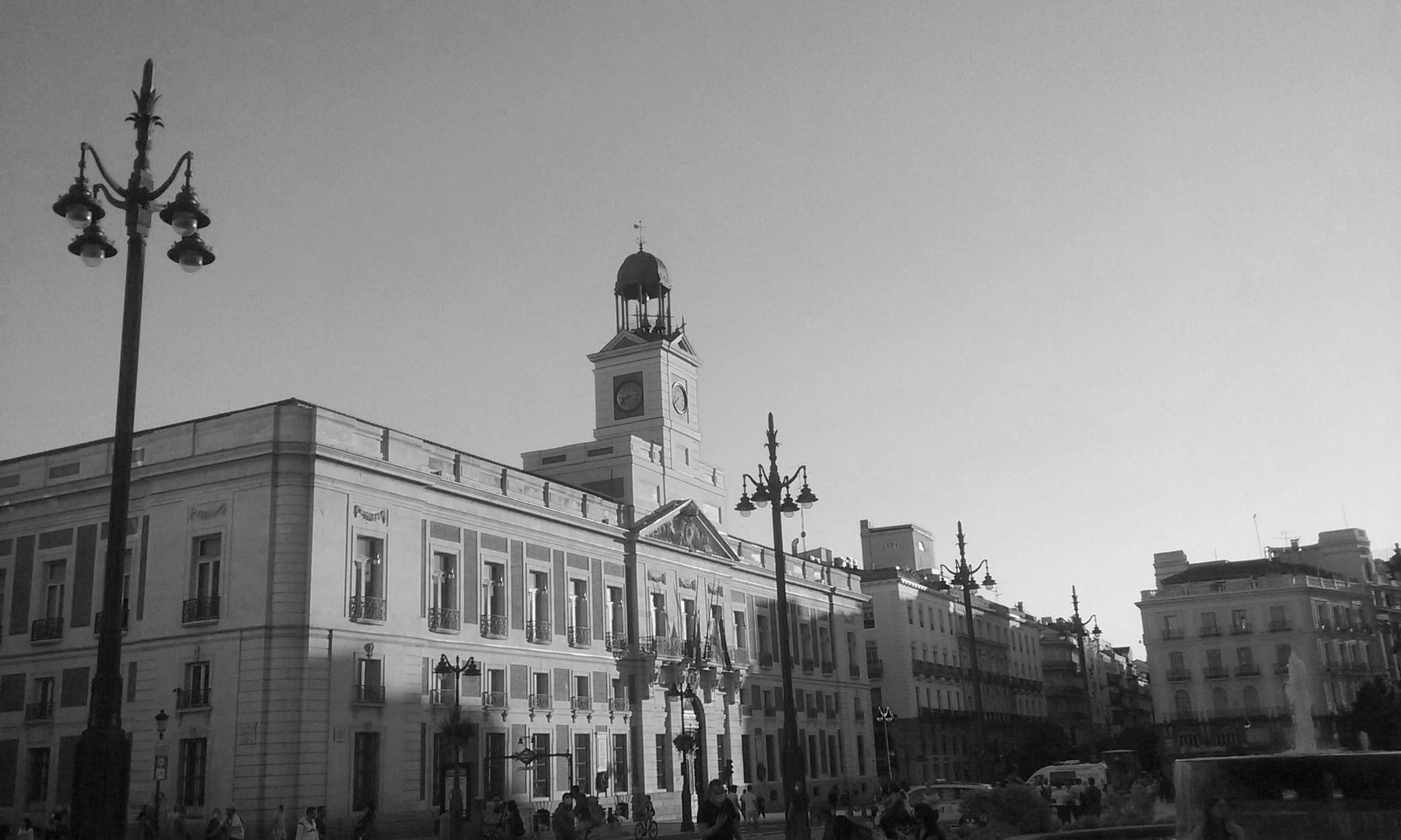 Atocha (0 – 400 ms. Metro: Estación del Arte): It is where the Royal Conservatory of Music is located. It is a reference point of arrival for all tourists because in its heart is one of the arrival stations for AVE trains, which connects Madrid with other European cities. The streets of this neighborhood are full of shops, and restaurants for all tastes and budgets. The Atocha Station includes all the terminals of high-speed AVE  trains, intercity trains, and Metro lines.

Lavapiés (750 ms. Metro: Lavapiés / Tirso de Molina): Multicultural and youthful neighborhood that has acquired a notable notoriety as one of the most attractive hipster neighborhoods in Europe. Read more here.

Barrio de las Letras (800 – 1000 ms. Metro Sol, Metro Antón Martín, Metro Tirso de Molina): Historic Madrid neighborhood with a baroque flavor where the most distinguished writers of the Golden Age of Spanish Literature lived, such as Lope de Vega, Cervantes, Quevedo, Tirso de Molina, Góngora or Calderón. This neighborhood hosted writers and artists, along with lovers of literature who came to the «Corrales de Comedias del Príncipe de la Pacheca (Current Spanish Theater), or de la Cruz.» It is one of the most attractive areas in terms of nightlife. This neighborhood is located in the heart of the city, right in the middle of two other areas of high tourist interest such as Sol-Gran Vía and Paseo del Arte.

Las Salesas (800 – 1000 ms. Metro Bilbao, Metro Alonso Martínez): Traditional neighborhood that has emerged in recent years as a promising small-scale shopping area where you can spend a day of shopping in the flagship stores of independent designers, combined with avant-garde gastronomy and art.

Malasaña (2400 – 2700 ms. Metro Noviciado, Metro Tribunal): It is the neighborhood with the most bohemian and modern residents of the city. Madrid’s benchmark for retro fashion and underground culture. Its nerve center is the Plaza de Dos de Mayo. This neighborhood is also closely linked to the “Movida”, a cultural and social revolution that emerged in Madrid during the 1980s. It is where the Escuela Superior de Canto is located.

Chueca (2000 – 2500 ms. Metro Chueca): LGBTI+ neighborhood known throughout the world for its pride parties and for being one of the largest areas with the most variety of LGBTI+ shops, bars, discos and venues in Europe.

Embajadores (1400-1500ms. Metro Embajadores): Industrial neighborhood with considerable commercial activity where there are cultural centers such as the Casa Encendida, the Circo Price or the Edificio Tabacalera. It is just a few meters away from Lavapiés.

Sol-Gran Vía (1400 – 1800ms. Metro Sol, Metro Callao, Metro Gran Vía): The nerve center of the city, a meeting point for tourists and locals. It is one of the best known and busiest areas in Spain full of Musical Theatre Venues and Shop Centers.

Opera (1900 – 2200ms. Metro Opera): One of the most stately areas of Madrid where the Royal Opera Theatre, the magnificent Royal Palace, the Sabatini gardens and the Campo del Moro are concentrated in just 200 meters.

Latina (1100 – 2000ms. Metro La Latina, Metro Tirso de Molina): Traditional neighborhood with typical houses where it is possible to find secluded squares and narrow streets full of young people drinking or eating something on the terraces. It is internationally known for being the location of the » El Rastro» flea market. Read more here.

Austrias (1700 – 2000 ms. Metro Sol, Metro La Latina): The oldest and most historic area of Madrid. The 15th century mansions and the Plaza Mayor are always an attraction for tourists where they cannot miss the San Miguel Market and the Cava Alta and Cava Baja streets, full of typical restaurants for “tapas”.

Chamartín  (5600 ms): It is where Musical Arts Madrid (Metro Alfonso XIII) is located. MAM is the venue where different presentations of the 43rd EPTA-Spain International Conference will be made on streaming. 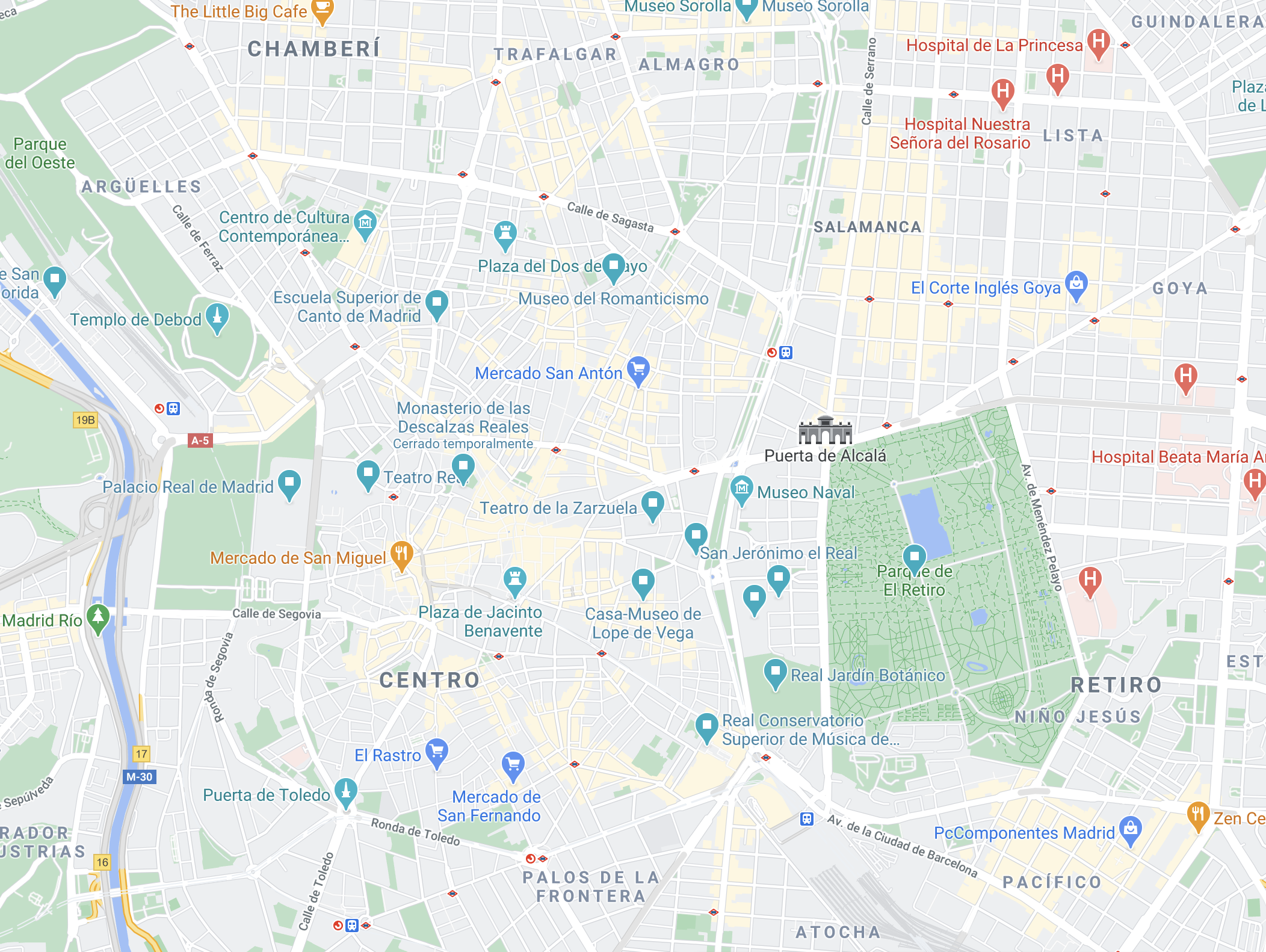 The Madrid 2021 EPTA Conference’s topic “Connecting Continents and Traditions” is a reflection of Spanish Music and Culture which has had an important impact on Western Civilization. It is as well an invitation to become immersed into the influences that music and pedagogy from all continents have had on Spanish music or education and viceversa.

“Connecting Continents and Traditions” celebrates the influence of Spanish Music in the international field of piano teaching, learning, composing and performing. We seek proposals that demonstrate effective knowledge and interesting contributions about connecting influences and different traditions in music, performing or pedagogy. Contributions on this matter related to or connected to Spanish music, art, literature, culture, tradition, folklore, etc. will always be welcome but are not compulsory.

The Madrid 2021 EPTA Conference will take place simultaneously at Madrid Royal Conservatory of Music (RCSMM) and Musical Arts Madrid (MAM), starting Thursday, September 9 at 12.00 AM, and closing on Sunday, September 12 at 14.00 PM. The Conference in the classic format will be joined live at RCSMM and at the same time there will be a virtual conference – with a different schedule – on streaming from MAM to prevent limited capacity and travel restrictions for those who may not be able to join the conference in Madrid. MAM has an innovative e-learning platform that ensures a good sound quality, interaction and presentation on streaming. The committee will decide which of the live conferences, lectures, etc., will also be selected for the virtual conference. There will be an official reception with gala dinner at the historial Casino of Madrid on Thursday evening, September 9. We encourage you to book your assistance as soon as we open registration on January 11, 2021.

We invite proposals from pianists, teachers, educators and researches, either well-known professionals or emerging professionals and students. All persons who submit proposals will be notified by May 15, 2021. Presenters also selected for the virtual conference from MAM will be informed at least two months before the beginning of the Conference. 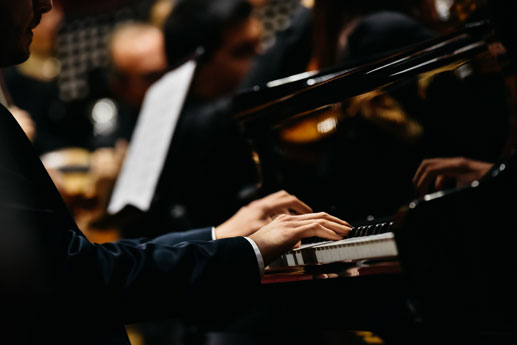 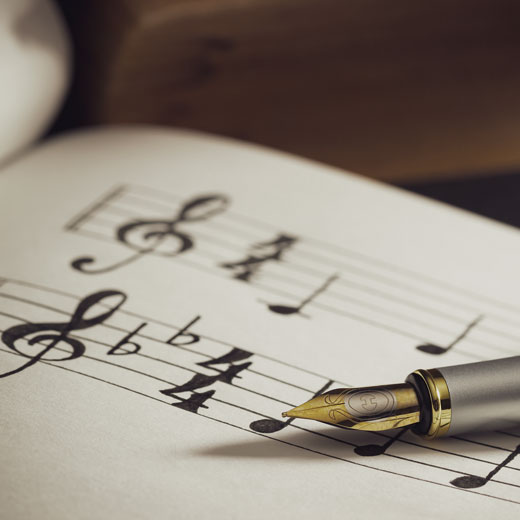 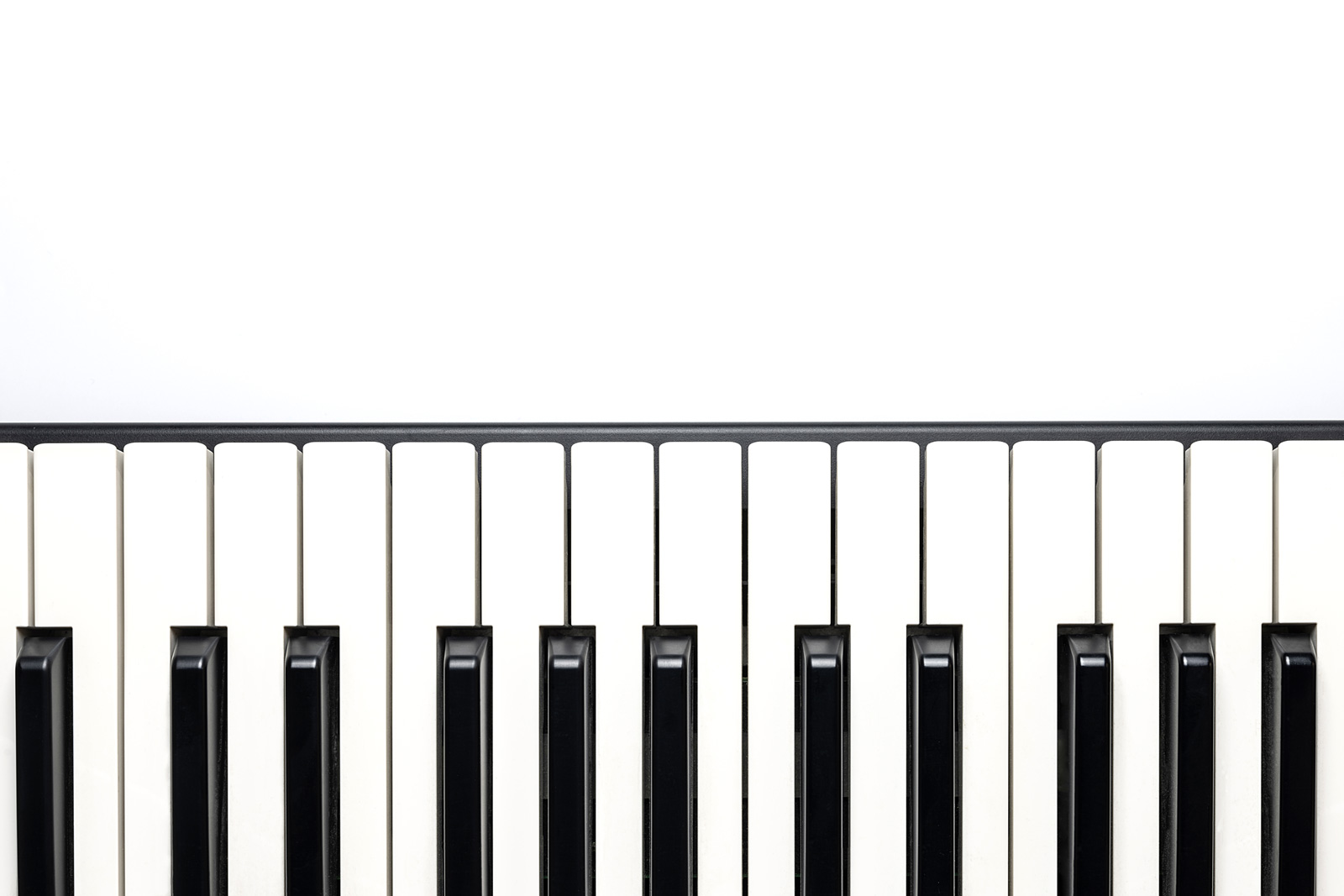 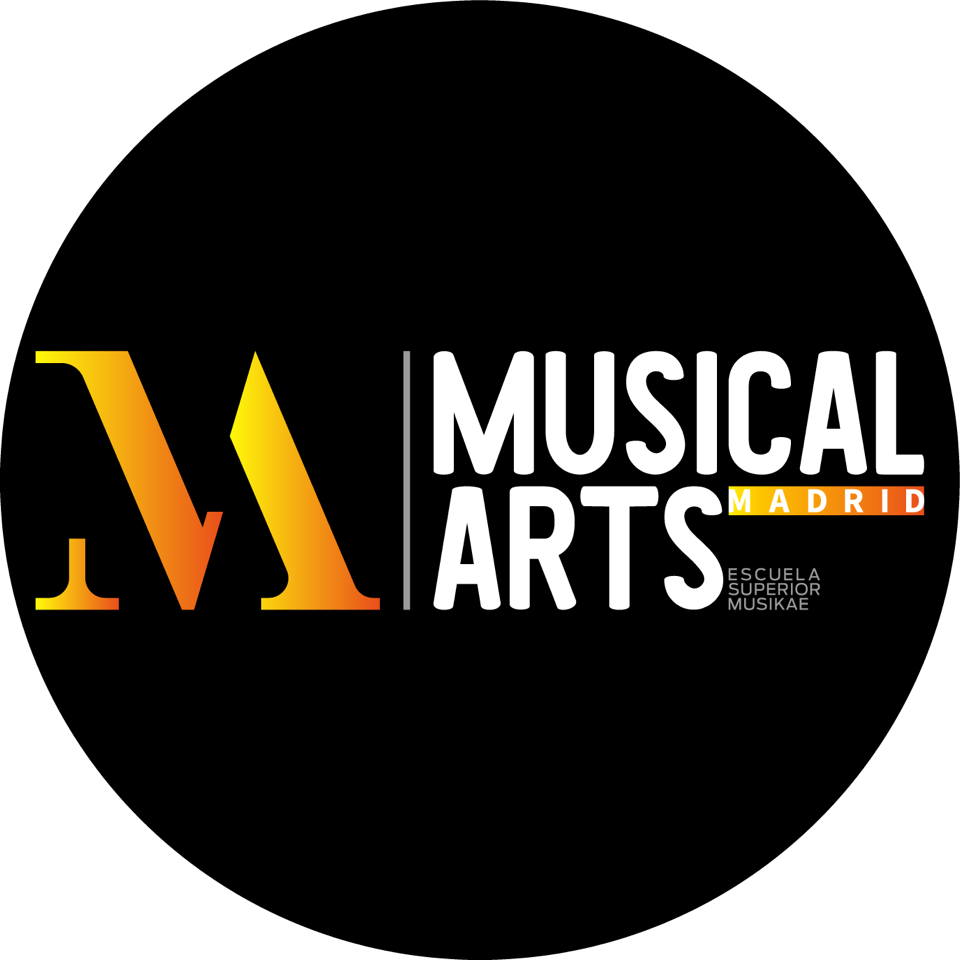 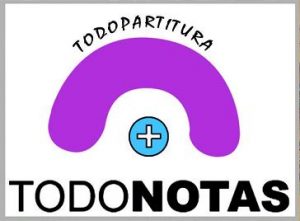 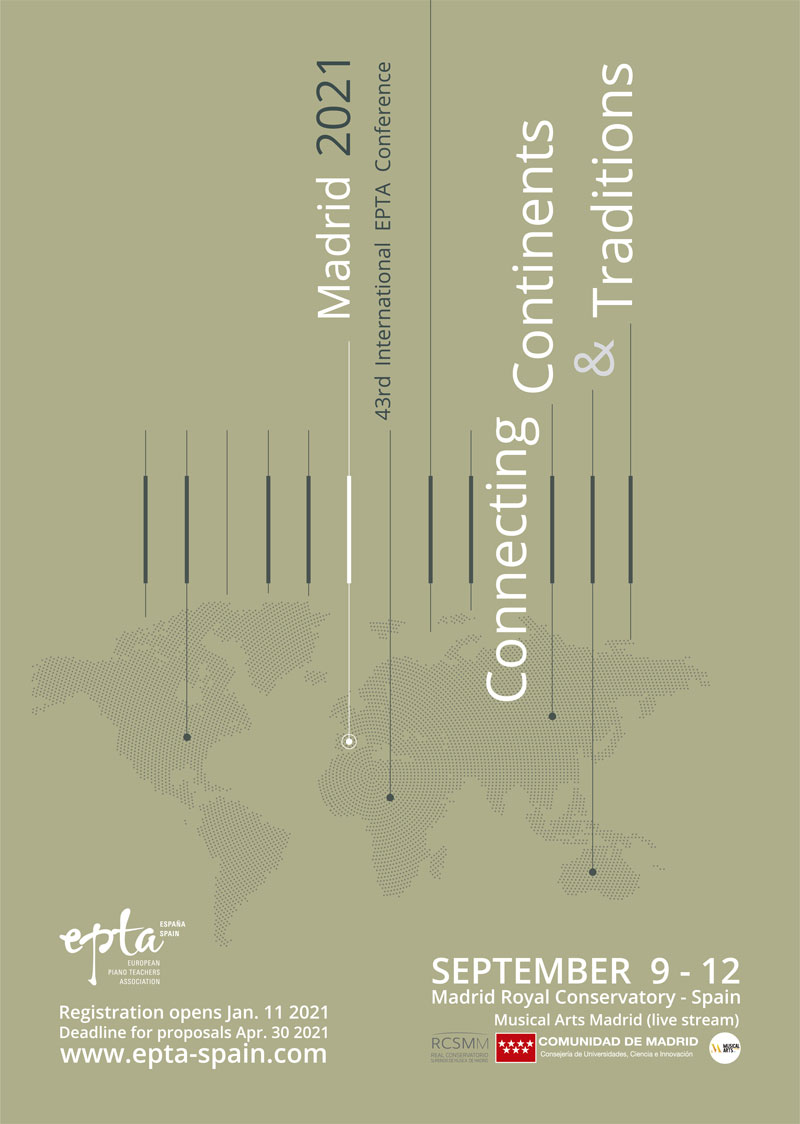